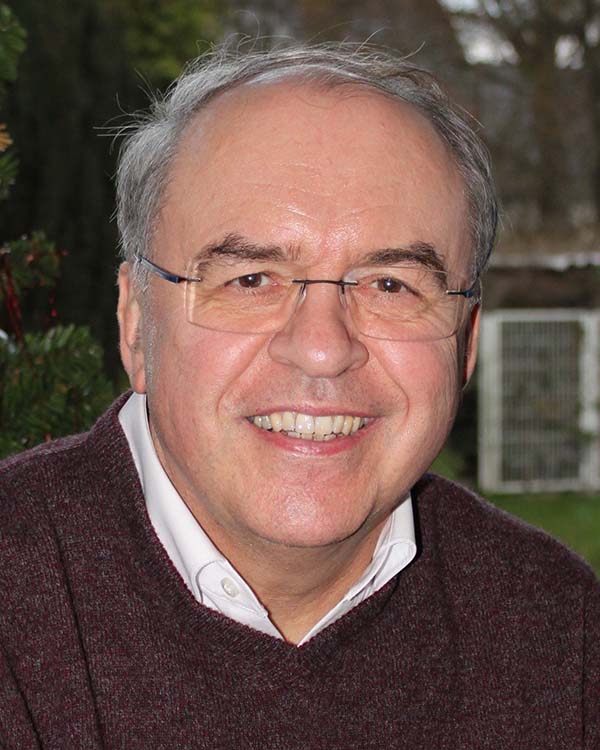 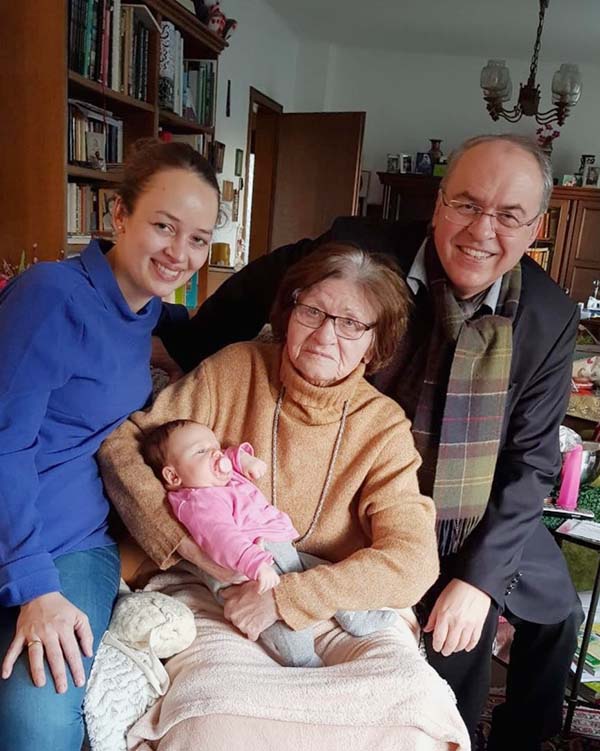 From 1965 to 1973 I attended the Freiherr vom Stein Gymnasium in Bünde. As student representative as well as district student representative I was able to take responsibility for my fellow students. In order to meet political ideological conflicts, I became co-founder of the Schüler-Union Westfalen-Lippe as well as co-founder and then chairman of the Junge Union in Bünde, the youth organization of the CDU.

From 1973 to 1979 I studied Evangelical Theology at the then Ecclesiastical University of Bethel until 1974. Afterwards also journalism and philosophy at the University of Münster. As a scholarship holder of the Konrad Adenauer Foundation I had the opportunity to attend a graduate academy in the USA. Especially during the semester break I did short traineeships at the Deutschlandfunk in Cologne/Bonn and at the Herforder Kreisblatt. A special honorary activity was my council mandate from 1975 to 1979 in Bünde, which was a good „school of democracy“ for me. As chairman of the municipal youth committee, for example, I learned to bring together different political positions, to seek and implement solutions.

After my studies, I joined community vicariates in Bocholt and Münster from 1979 to 1980, as well as a press vicariate with a volunteer course from 1980 to 1981 at the Protestant Press Association in Brackwede/Bielefeld and the Journalist Centre in Hagen.

Time in the community

From 1981 to 1994 I worked as pastor of the Evangelical parish of Spenge in the district of Herford.

In 1982 my wife Margret and I married; in 1988 our daughter Vera was born in Bielefeld.

From 1994 to 2014, I was chairman of the board at the Marienstift in Braunschweig.

At the Marienstift I was able to gain further leadership and management experience, but also special economic, health and social policy knowledge and insights.
Further education and training helped me to qualify further. For example, a business management seminar at the Akademie für Führungskräfte der Wirtschaft in Bad Harzburg, seminars with Prof. Dr. Jäger and others in St. Gallen and management courses at the German Hospital Institute.

In 2001 I was a member of the council of the city of Braunschweig.

In 2003 I was awarded the city prize of the city of Spenge for a special cultural-political achievement. In 2007, I was able to do my doctorate at the Kirchliche Hochschule Wuppertal/Bethel on the subject of „Management structures and framework conditions of confessional hospitals in Germany“ under Prof. Dr. Alfred Jäger.

Since 2014 I have been living as a freelance journalist and author in Bad Harzburg. 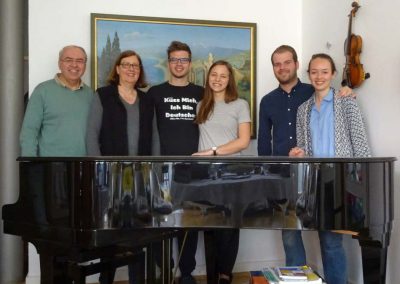 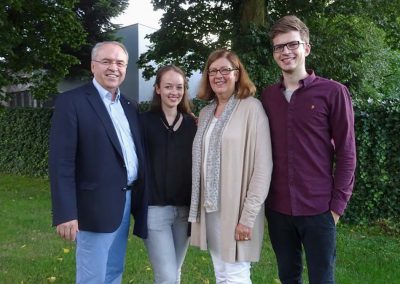 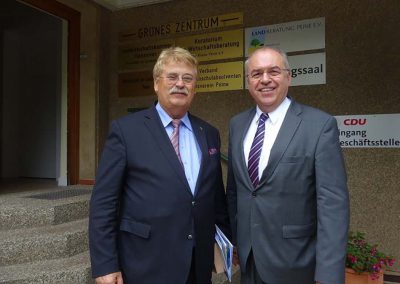 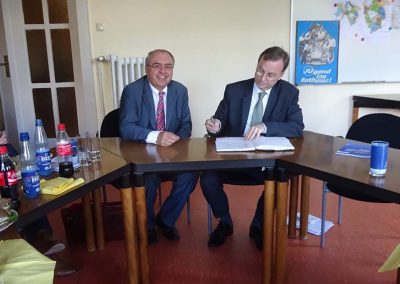 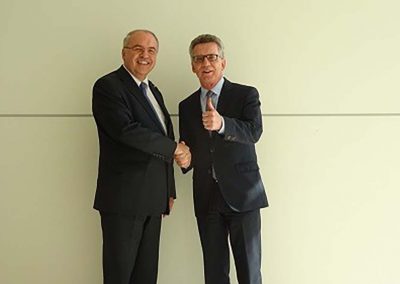 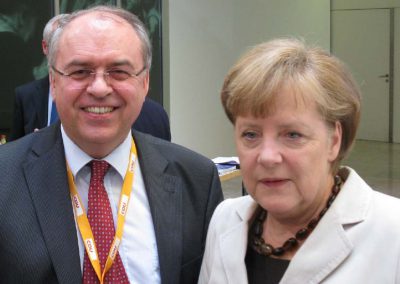 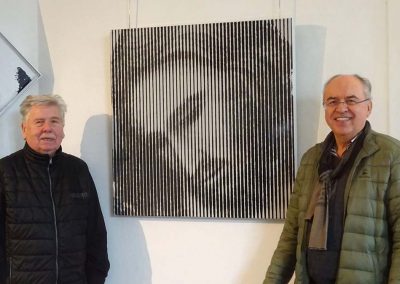 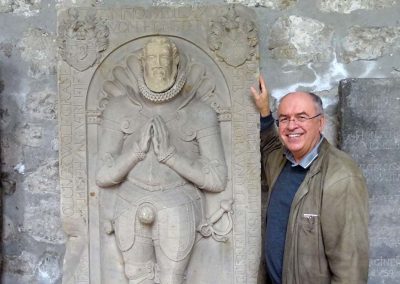 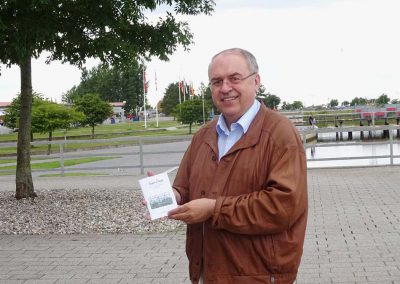 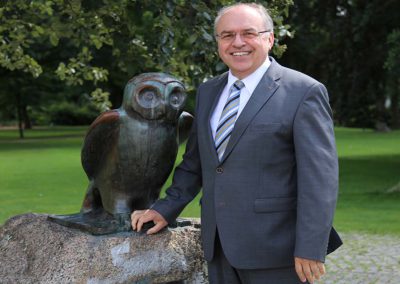 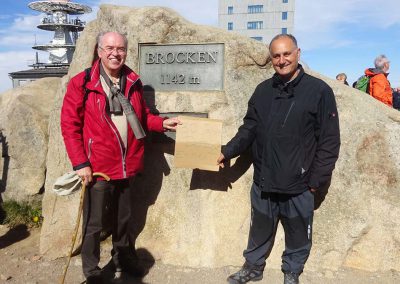 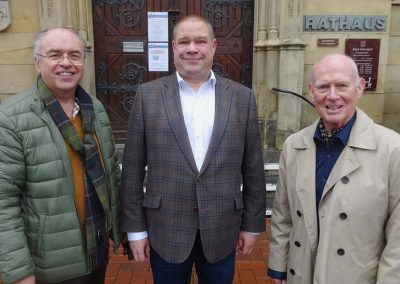